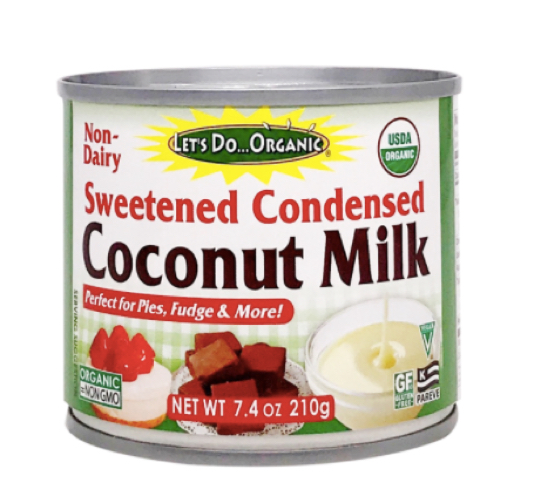 In fact, even that original Eagle Brands recipe has only 6 layers, and yet they call it “7-layer magic cookie bars”.

Now, some get away with calling the butter (in the original recipe) the 7th layer, and indeed, some non-vegan, non-gluten-free recipes say to lay down a layer of graham cracker crumbs, and then to pour the melted butter on top of that (rather than mixing it into the crumbs to make a crust) before putting it in the oven, and so the butter does, in a sense, become a layer. We think that’s a really fine hair to split, so we’re just copping to the fact that, for the most part, these cookie bars have always been misnamed, and have only 6 layers, if that.

Our layers consist of the crust (made of almond flour), sweetened condensed coconut milk, chocolate chips (vegan of course, we get ours from Costco), caramel chips, shredded coconut, and walnuts (you can sub pecans). Are you counting? Yep, 6 layers.

But here’s the cool thing: you can really put almost anything you want as a layer, once you build the foundation of the crust and the condensed coconut milk.

Speaking of, here is where you can find some of the things if you don’t already have them, and if they aren’t readily available in stores near you:

Vegan chocolate chips (from Costco – these are accidentally (i.e. not intentionally) vegan)

Vegan caramel chips (on Amazon) Note: The reason we didn’t use the vegan butterscotch chips, which are available, and more traditional, is because we think the caramel chips impart a better flavor; the vegan butterscotch chips from the same company basically taste “sweet” (and not much else – but your mileage may vary, if you want to try them you can find them here on Amazon).

While we didn’t use them, if you want to get even more layerful, you can add vegan white chocolate chips (on Amazon)

For the other layers:

Prepare an 8×8 baking pan (sometimes called a “brownie pan”) by either greasing it with some coconut oil or vegan butter (if you want to serve and eat the bars right out of the pan) or by lining the bottom and up the sides with parchment paper, so you can grab the sides of the parchment paper to lift the bars out when they are done (this is known as a parchment paper sling).

Blend the dry ingredients for the crust together in a bowl. Melt the coconut oil, and blend your syrup sweetener and the vanilla into the coconut oil.

Pour the coconut oil mixture into the almond flour mixture, mix well, and dump it into the bottom of your prepared baking pan. Now press the crust mixture evenly over the bottom of the pan, and then put it in the oven and bake it until golden brown – this takes about 13-14 minutes in my oven.

While the crust is baking, lay out all of your different layer ingredients, so that you can have them all ready when the crust comes out.

Remove the crust from the oven, and let it cool a little bit (so it’s easier to work with).

The order of the layers goes:

Next sprinkle half of each of the chips over the coconut, and again press down lightly.

Finally, lay down a layer of one-half of the nuts and, you got it, press down lightly.

Now repeat the coconut, chips, and nuts layers, using up the rest of all of those ingredients.

Finally, pour the second half of the can of condensed coconut over the top of the last layer.

Put back in the oven, and bake for 30 minutes.

I’m so sorry that I don’t have a picture of these epic bars, but a certain someone made off with all of them before I could take a picture!

If you make these and come up with some creative layers, let us know! 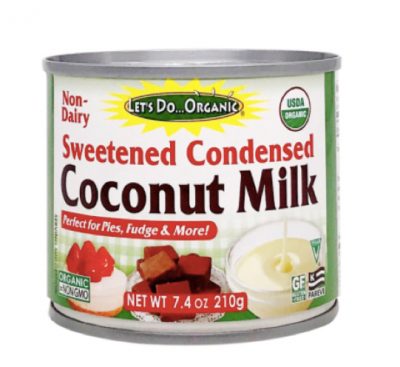