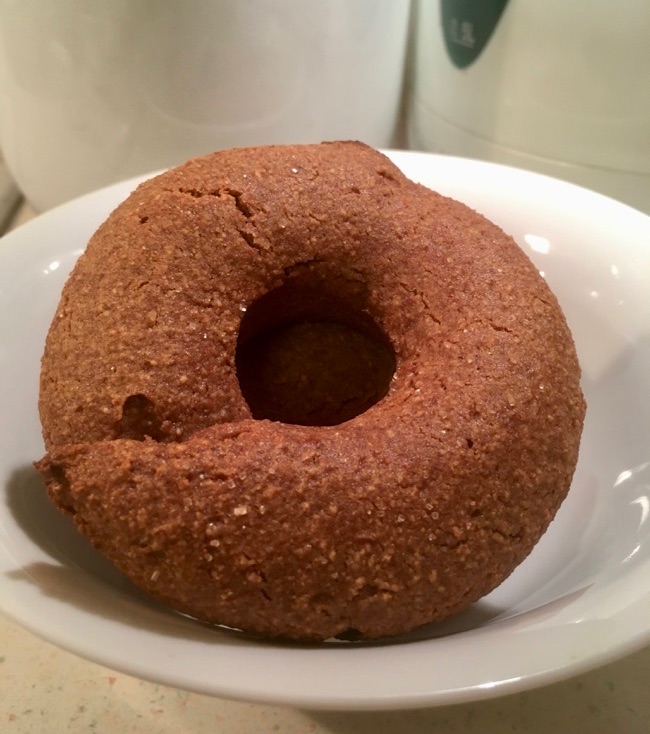 We like these plain (as you can see in the picture) as they are so delicious, and with such a great texture (and they are great for dunking in coffee!), that they need no adornment. But if you want to frost or glaze them, by all means do so. Given that they are cinnamon doughnuts, you could also adorn them with a sprinkling of cinnamon sugar. Or you can omit the cinnamon if you prefer.

Because our donuts are baked, they are substantially lower in fat than some donuts, but maybe even higher in yum! If you don’t already own one, this is the doughnut baking pan that we use. They’re kind of life-changing! But if you wanted to try frying them you could.

Our recipe, while different from, was inspired by Natalie’s doughnut recipe over on FeastingOnFruit.com.

1 cup pitted dates (we use the Costco organic Deglet Noor dates; if they seem too dry soak them in very hot water for an hour and then drain)
1/2 cup unsweetened almond or soy milk (we get ours from Costco when we don’t make it ourselves)
1/2 cup almond butter (Costco has a great deal on organic almond butter!)
1/4 cup coconut flour
1/4 cup tapioca flour (also known as tapioca starch, not tapioca pearls)
1 teaspoon vanilla
1/2 to 1 teaspoon cinnamon, according to taste
1/2 teaspoon baking soda
1/8 teaspoon salt

Preheat your oven to 350°. Spray the donut pan with an oil spray, or lightly grease it with solid coconut oil, and set it aside.

Bake for 17-20 minutes, depending on your oven. They are done when they turn golden brown.

Flip the doughnuts out of the pan and onto a cooling rack, and cool completely (this is very important). These doughnuts seem to get even better the second or even third day! (We store them in the fridge.) 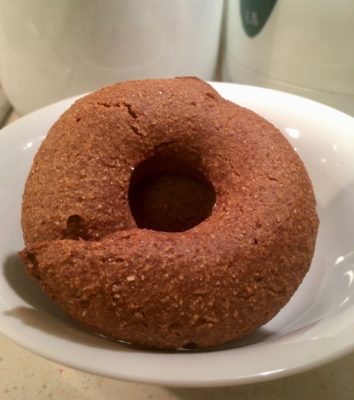 Happy vegans who liked this: 617