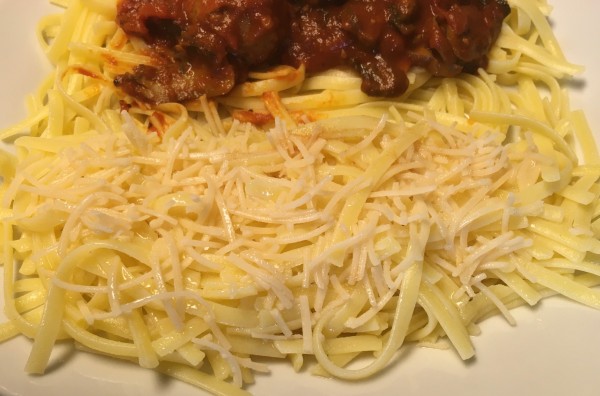 Gluten-free vegan spaghetti with browned butter and mizithra cheese?? Yes! We know, it sounds like the antithesis of vegan and gluten-free, doesn’t it? But our copycat version is 100% vegan, 100% gluten-free, and 100% delicious!

Now, as you probably guessed, the spaghetti being gluten-free is pretty easy. There are many, many brands of gluten-free pasta out there. We are partial to the Barilla brand and, in truth, instead of their spaghetti we like to use their fettuccine (you can find it here on Amazon if you can’t find it locally).

So, that’s the spaghetti, and you may already have your favorite brand of gluten-free vegan pasta. But how do you make a dish whose iconic taste comes from butter and cheese?? Read on…

The secret is in using Follow Your Heart shredded vegan parmesan cheese. Guys, it tastes so much like the Old Spaghetti Factory mizithra cheese! This is a key ingredient, no other vegan cheese will do, parmesan or otherwise. 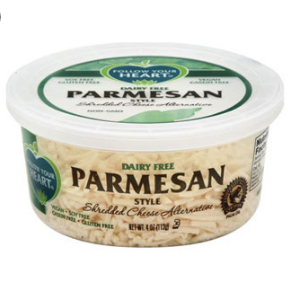 You should be able to find Follow Your Heart vegan shredded parmesan at just about any health food store, Whole Foods, and even standard supermarkets.

Now, when it comes to the vegan butter, we highly recommend that you use Miyoko’s cultured vegan butter to make this dish. Not only does it taste the closest to dairy butter, but it also behaves the same when you are browning it, which is very important to the process. We haven’t tried it with any other vegan butter, and we kind of doubt that any other vegan butter would work as well (but that said, if you do use another brand of vegan butter, let us know how it turns out!) Here we go!

Start the water boiling for your pasta, and then start the browning process for your butter (see below). Once the pasta water is boiling, cook the pasta according to the directions on the package, drain, and place in a large bowl.

Put the butter in a heavy-bottomed saucepan and melt over medium heat (this will go faster if you cut the butter up into several pieces). Once the butter has melted continue heating it over medium heat until it comes to a slow boil. Once it has come to that slow boil, stir it constantly – after a few minutes it will start to foam. Keep stirring it until it stops foaming. Then stir it for a few more minutes, until it attains a lovely caramel brown color. 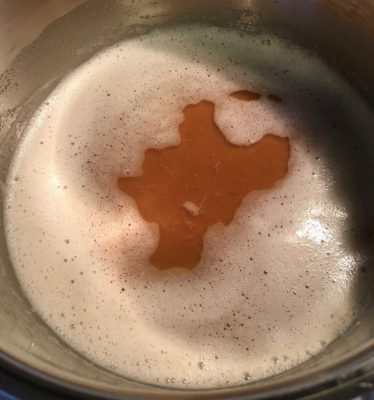 Remove the butter from the heat and let cool for a few minutes. Then pour it through a fine strainer to remove the foam and any imperfections. 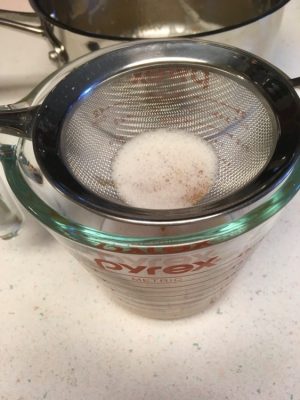 Serve immediately and be astonished. :~) 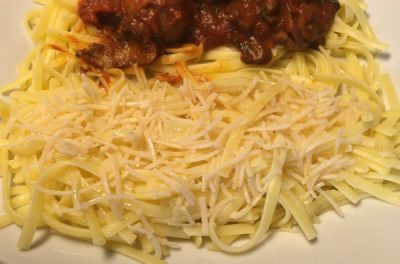 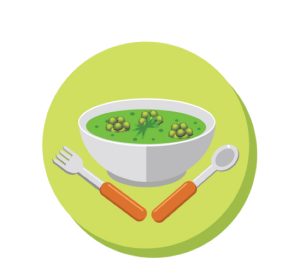 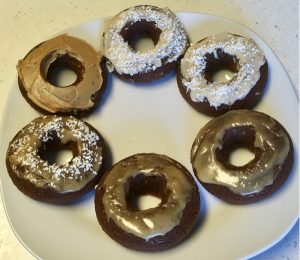 Amazing Vegan, Gluten-Free Baked Doughnuts (or “Donuts” if You Prefer)