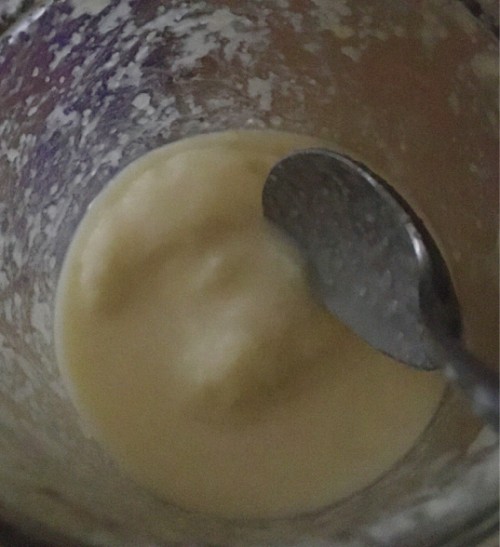 Coconut butter is amazing. And it’s even better when it’s homemade! Coconut butter, also known as coconut manna and coconut puree, is basically coconut that has been pulverized and liquified, turning it into a glorious, rich, decadent paste that is wonderful in recipes, or eaten on its own (a bit on a spoon with a bit of chocolate is incredible). If you think about how nut butters are made, it’s really not that different. And much like good nut butters, good coconut butter has only one ingredient: coconut! (Note: This recipe is vegan AIP friendly. Please note that not all recipes on this site are AIP compliant, although they are all vegan and gluten-free.)

The benefits of making coconut butter yourself include that you know what is in it and that the ingredients are pure, that you can whip it up whenever you need or want some, and cost (a jar of organic coconut butter on Amazon will run you about $8.00, and about $11.00 at Whole Foods).

So, once you make your coconut butter (recipe below) what can you do with it? Well, you can:

Note: What you can’t do is substitute coconut butter for coconut oil, or vice versa.

Here’s how to make this miracle food!

Note that you will need a good food processor for this. We love our old Cuisinart, which is a workhorse, however if you are in the market for a food processor, any of these food processors on Amazon will do, just be sure to check the reviews. We haven’t tried making this in a blender, but we also don’t advise it, because the shape of a blender container isn’t conducive to what you need to do here (physics will get you every time).

*How much coconut you need will depend both on the size of your food processor, and how much you want to make. Also, we prefer flaked coconut because we feel it yields a smoother and creamier coconut butter.

Put the S blade in your food processor.

Lock the lid on your food processor and turn it on. Now let it process the coconut. Now let it process the coconut some more. And some more. You may need to stop it and scrape the sides a few times or, if you use enough coconut, you may not. Some people like to add a tablespoon or two of melted coconut oil at this stage to help it along, and that is up to you. We prefer not to, but doing so can speed up the process a little bit.

Keep processing and eventually it will start to turn into a paste and then, ultimately, into a smooth liquid the consistency of heavy cream. Don’t freak out, you haven’t broken it! That’s what it’s supposed to do!

Once you reach the smooth, creamy stage, pour it into a clean glass jar, and let it firm up a bit, then cap it and put it in the fridge.

And that’s how you make homemade coconut butter!

Homemade Coconut Butter
(It’s not lumpy, we forgot to take a picture before we had melted some down and poured it over some cold coconut butter)