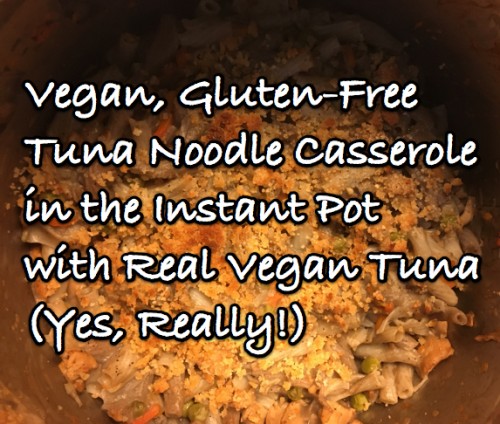 The vegan tuna that we used for this recipe is actually called “fish-free tuna”. The brand is Good Catch fish-free tuna, and it looks like this: 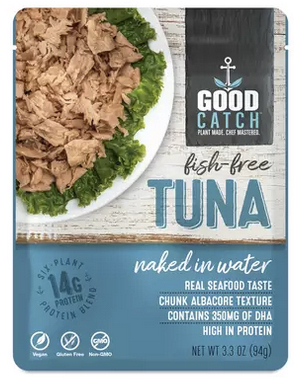 There is also a vegan tuna in oil flavor.

We found it at our local Whole Foods, and you can also order it online from Thrive Market.

As you can imagine, when we found the vegan tuna, our very first thought was “tuna noodle casserole!”

So here is what we came up with:

Put all casserole ingredients except the soup in your Instant Pot and mix to break up the vegan tuna. Pour in as much of the soup as you need to just come to the top of and cover everything.

Seal Instant Pot and set to 2 minutes on high (note: next time we will try 5 minutes on low pressure).

While waiting for it to cook, if you are going to make a topping, melt the margarine, and stir in the bread crumbs (you can also use crushed up potato chips for this if you are unable to find gluten-free bread crumbs).

If you are going to add a topping, this is when to do it. Gently distribute the topping on top of the casserole, and brown using one of these methods:

1. If you have the Mealthy CrispLid Instant Pot Air Fryer, then just pop that bad boy on top of the Instant Pot, turn it on, and let it go for a few minutes. 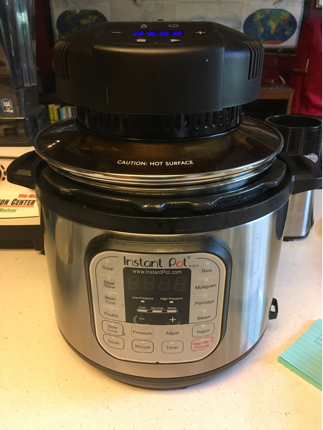 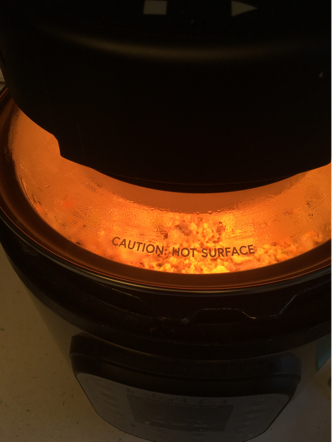 2. If you don’t have a CrispLid Instant Pot air fryer, transfer the casserole to an oven safe dish, set your oven to ‘broil’, and broil until the topping is browned.

And there you have it! Vegan tuna noodle casserole with actual vegan tuna!

Recipe by the Pictures

*Note: we used a type of pasta that when combined with the mushroom soup turns a lovely (ahem) shade of brown. Color results will vary depending on pasta, etc.. 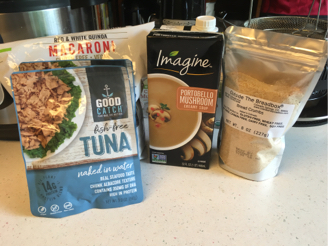 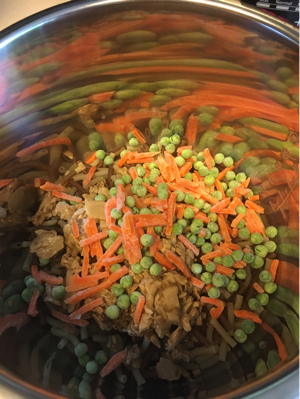 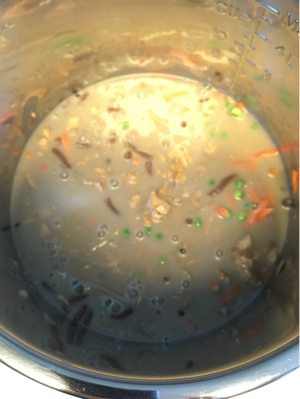 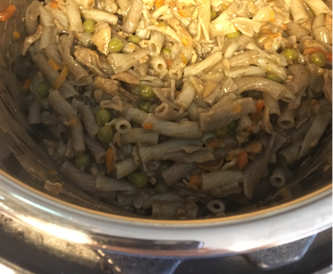 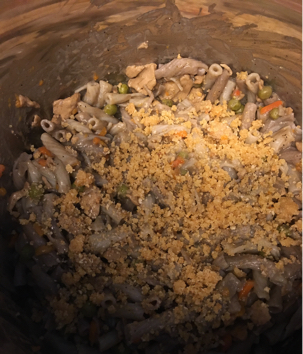 Broil Topping with CrispLid or in Broiler 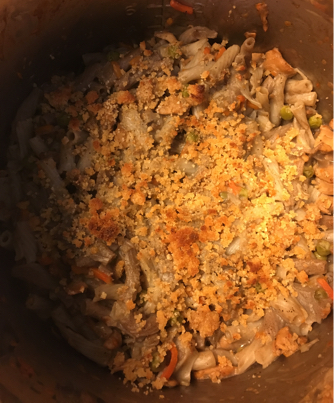 Easy and Delicious Gluten-Free Vegan Chickpen Nuggets (Chickpea 'Chicken' Nuggets) Recipe
Spaghetti Squash Stuffed With Spinach, Tofu Feta, and Vegan Cream Cheese! Vegan, Gluten-Free, And So...
Yummy Mushroom Stroganoff! An Old Favorite, But Vegan and Gluten-Free!
Vegan, Gluten-Free Stuffed Bell Peppers Are a Cinch to Make
How to Remove Lectins from Canned Beans by Pressure Cooking Them in the Can at Home
This Tofu in Spicy or Mild Peanut or Peanut Butter Alternative Sauce Can be Made Sous Vide or Stovet...
Ethiopian-Style White Beans with Tomatoes and Coconut Milk
Is Sous Vide Worth it for Vegans? Yes, as This Sous Vide Sesame Chili Tofu Recipe Proves!