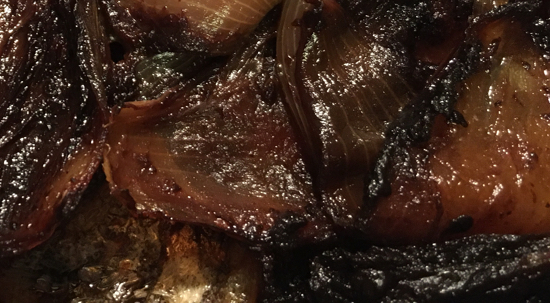 You must try this recipe for vegan miso butter onions! It is seriously delicious, and so easy to make! Miso butter onions are melt in your mouth amazing, and with a flavor that you simply won’t believe until you try it. That first bite definitely qualifies as a foodgasm. And the crazy thing is that they are ridiculously easy to make with only 3 ingredients! (Well, four if you count water.)

The original recipe for miso butter onions came from famed restauranteur, and hero of foodie vegetarians everywhere, Yotam Ottolenghi. Our take on it is not only vegan, but relies on ingredients you are already likely to have (that is, assuming that you keep miso in the house – otherwise you are likely to have two of the three ingredients already).

The Happy Gluten-Free Vegan is thrilled to partner with No Cow,
the BEST vegan, gluten-free protein bars!
(Read about Anne's hospital stay)

I’m not going to lie. We had these for Thanksgiving, prior to which I had never made them before, let alone tasted them, and when I took that first forkful I could barely speak. If I had been standing up, my knees would have buckled. They are that good! I don’t know what inspired Yotam Ottolenghi to think to pair miso with butter and then to cook onions in it, but I’m sure glad that it did!

Now, Yotam’s original recipe calls for eight large shallots, or eight small onions. We didn’t have either in the house, but we did have large onions, so I used two large onions.

And his recipe calls for white miso “or other miso paste”. I had dark miso paste, and used that, and I am so glad that I did. I am confident that this is what gave our miso butter onions the incredible rich flavor that brought me to my knees.

We interrupt this content for this brief announcement: PLEASE help keep the Happy Gluten-Free Vegan free with your donation of any amount:

Finally, of course, his recipe calls for butter. If you can use Earth Balance stick vegan butter, or Miyoko’s vegan butter, that is the way to go. I’m actually on a super restrictive diet right now, so I used Nutiva’s butter-flavor coconut oil, which has only a few ingredients, and which is both vegan AIP friendly, and vegan Plant Paradox compliant, and it does have a decent flavor! Also, it doesn’t require refrigeration like Earth Balance and Miyoko’s, and you can get it on Amazon here. That said, if you can use Miyoko’s or Earth Balance sticks, I think that you should, because I think that it would put it over the top. 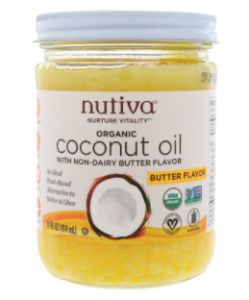 You make this in a 9 x 13 baking or roasting pan, in an extremely hot oven. We used our enameled cast iron lasagna pan (much like this one), which is incredibly heavy, and amazing in terms of how evenly it heats, but I’m pretty sure that any heavy duty pan will work, even if it isn’t a 9 x 13 pan, so long as a) it will hold roughly the same volume of food, and b) can withstand 500 degrees in the oven for over an hour (so no plastic handles or knobs!) In fact, I think that the next time I make this I’ll use one of my large enameled cast iron Dutch ovens (so round, not 9 x 13).

2 large onions, peeled – do not cut off the ends! (Or, hey, 8 large shallots or 8 small onions, if you have them)
1/3 cup plus 2 Tablespoons vegan butter (if using sticks, this is 7 Tablespoons)
1/3 cup plus 1 Tablespoon dark miso
4 cups hot water

Put the butter and miso in a bowl, and cover them with some of the hot water, letting them melt in the hot water while you go on to the next step.

Cut each of the two large onions in half along their equator. Now put each half cut-side down, and slice down through the ends, cutting each half in half, and then into quarters. The purpose of keeping the ends, and slicing down through them, is to, as much as possible, help keep the onion wedges from falling apart (it will be impossible to keep them 100% together, and that’s ok). If you are instead using shallots or small onions, simply peel them and slice them in half from top to bottom.

Place the onions in the pan, with a cut side down.

Whisk the butter, miso and water until the butter and miso are fully melted, and then whisk in the rest of the water. (The purpose of not dumping all of the hot water in at once is so that you don’t have a lot of water in the bowl while you are whisking the butter and miso, as it is easier to whisk a smaller amount of liquid.)

Pour the liquid over the onions, cover the pan with aluminum foil, and put the covered pan in the oven for 35 minutes. Be careful when you open that oven because it will be like a blast furnace!

After 35 minutes open the oven, remove the foil, flip the onions over so that the cut side that was down is now up, and baste the onions with the liquid. Now push the pan back into the oven without the foil, close the door, and set a timer for 10 minutes. When the timer goes off, baste the onions again, and then put them back in for another 10 minutes and pull them out to baste them again. Repeat this timer/baste cycle two more times, with the last 10 minute timer signifying that they are done and it’s time to pull them out of the oven (so 50 minutes uncovered in the oven, with 4 bastes during that time). I strongly recommend that during the basting you do not remove the pan from the oven – just pull the rack and pan out a bit, baste, and push them back in. I cannot emphasize enough just how very hot 500° is, and there will be that ultra-hot liquid sloshing around as well.

When the onions are done, the miso butter broth will have condensed down and coated the onions in a rich, luscious gravy. As Art ‘Mr. Food’ Ginsburg used to say, “Ooh, it’s so good!” 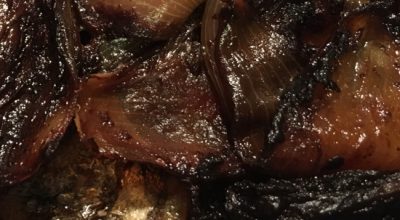 See more recipes in Side Dishes

Get Our Free Recipes!

This website uses cookies to improve your experience while you navigate through the website. Out of these cookies, the cookies that are categorized as necessary are stored on your browser as they are essential for the working of basic functionalities of the website. We also use third-party cookies that help us analyze and understand how you use this website. These cookies will be stored in your browser only with your consent. You also have the option to opt-out of these cookies. But opting out of some of these cookies may have an effect on your browsing experience.
Necessary Always Enabled
Necessary cookies are absolutely essential for the website to function properly. This category only includes cookies that ensures basic functionalities and security features of the website. These cookies do not store any personal information.
Non-necessary
Any cookies that may not be particularly necessary for the website to function and is used specifically to collect user personal data via analytics, ads, other embedded contents are termed as non-necessary cookies. It is mandatory to procure user consent prior to running these cookies on your website.
SAVE & ACCEPT
Next and Previous Recipes 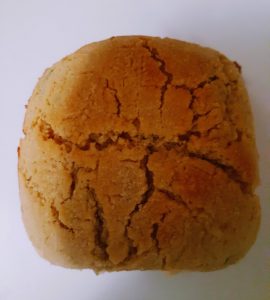 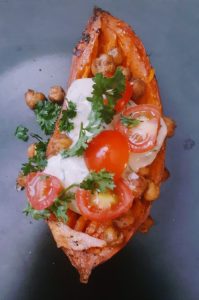