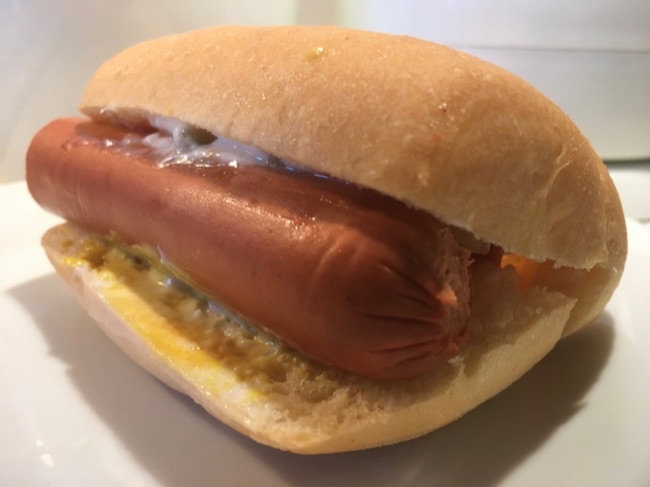 Moving Mountains is headquartered in the UK, and that is where their products are primarily sold, however their hot dogs are available through Costco (only on the Costco website, though, here) and at certain retail outlets that get their Moving Mountain hot dogs from that very same Costco page (for example, Sunbasket). According to the Moving Mountains website, “Moving Mountains is a pioneering food tech company providing delicious meat alternatives that genuinely compete in taste, texture and satisfaction to animal meat products – perfect for flexitarians looking to reduce their meat intake for health and environmental reasons.”

The founder, Simeon Van der Molen, came up with the idea for Moving Mountains “after he was diagnosed with high cholesterol and was forced to either cut out meat and dairy or go on statins. Deflated with the lack of seriously tasty meat alternatives on the market, Simeon, who was already a sustainability driven entrepreneur, decided to focus on creating meat alternatives that taste, look, smell and satisfy like animal meat. By doing this, he hoped to make real and long-lasting change to human and environmental health, whilst protecting animal welfare.” Moving Mountains is very proud of the fact that they never test on animals.

The ingredients in the Moving Mountains gluten-free vegan hot dogs are:

UPDATE: Immediately below is our original review, based on the fact that there were no cooking directions included with the Moving Mountains hot dogs. However below that we give the actual cooking directions which turns out to make all the difference.

Original review: The Moving Mountains vegan hot dogs are, in our estimation, fairly bland. That’s not a bad thing, especially as one would rarely eat hot dogs plain. Rather they are a blank canvas for the things with which you intend to garnish your hot dogs, be they fried onions, sauerkraut, mustard and ketchup, relish, or some combination thereof. Or perhaps, as we ate them as children, you slice them up in lentil or pea soup or, as Young Sheldon does, in spaghetti. The point is, bland is not necessarily a bad thing at all, as it then does not compete with the other flavors involved. In fact, those of us taste testing agreed that their flavor was very reminiscent of Vienna Sausages. Which brings us to their texture. 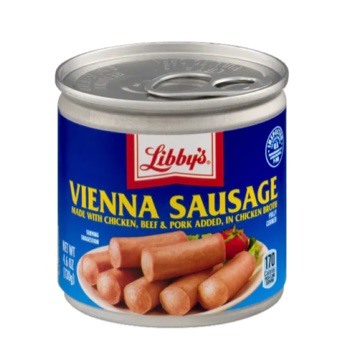 Curiously, their texture reminded us very much of Vienna Sausages as well. Now that may or may not have something to do with how we cooked them. (Read on for our explanation of that.)

We have to admit that at first we were stymied as to how to cook the Moving Mountains vegan hot dogs. The shipment from Costco contained no instructions, at all. The hot dogs arrived packed in dry ice with nothing else. They were heat-sealed in plastic in packs of eight (four 8-packs for a total of 32 hot dogs).

Requests to the company for directions yielded no response. Online searches turned up only the same confusing directions, over and over: “Separate hot dogs along the perforation. Place the desired amount in simmering water for 15 mins. Remove wrapper and serve.”

The problem is that there were no perforations of any sort, anywhere. And the only ‘wrapper’ was the plastic in which each set of 8 hot dogs was encased. We finally decided that these directions referred to some other version of the product, removed a few hot dogs from the 8-pack, and boiled them for 15 minutes. They seemed perfectly done at that point, although whether or not that cooking treatment contributed to their Vienna Sausage-like texture (and maybe even the taste) we can’t say.

UPDATE: Eventually, with enough searching, we figured out that in the UK, where, remember, Moving Mountains is actually retailed, the hot dogs come in retail packages of four hot dogs, with each individual hot dog encased in a boil-in wrapper. The hot-dogs-in-wrappers come as a single strip of four, with perforations between each one to tear off one at a time. So we tried sealing them in a vacuum-seal bag (which you can boil in) and cooked them for 15 minutes in boiling water (in the vacuum-sealed bag) and WOW!! They are fantastic!

That said, despite the cooking directions provided by Moving Mountains on the retail packages, Sunbasket recommends cooking them like this: “In a medium frying pan over medium heat, warm 2 to 3 teaspoons oil until hot but not smoking. Add the thawed plant-based hot dogs and cook, turning frequently, until browned and heated through, 4 to 6 minutes.” We have not tried this.

UPDATE: WE LOVE THEM!!

Original review based on boiling them in water (no vacuum bag) because of lack of directions: The Moving Mountains gluten-free vegan hot dogs were not the most flavorful of the gluten-free vegan hot dogs that we taste-tested, but depending on how you use your vegan hot dogs, and how many you go through, that may not necessarily be a bad thing. At about $2.20 per hot dog (before shipping), they are the mid-range in terms of price, slightly more expensive than the in-grocery-store price of Sweet Earth hot dogs, but also less expensive than Yeah Dawg hot dogs. And hey, 32 hot dogs should last you at least a week. 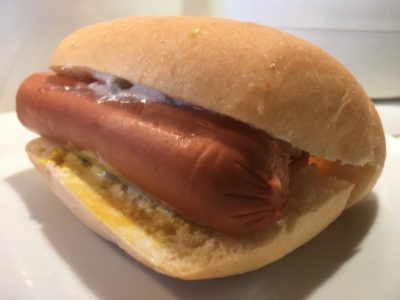 Happy vegans who liked this: 692