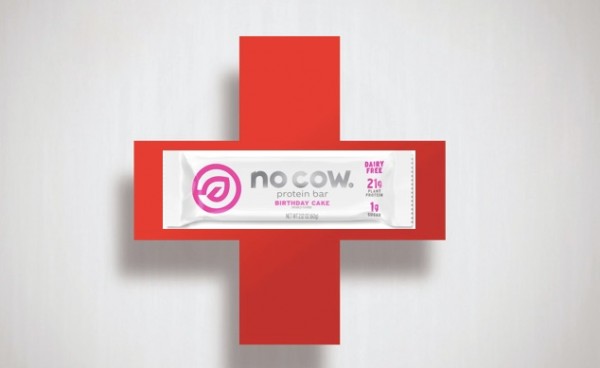 This is the story of how I ended up in the hospital the week before Christmas of 2020.

It all started one morning when I texted my partner, who was about an hour away, that for some reason I was very tired and so was going to just lay down for a while on the couch, with the cat. A few hours later he texted me to see how I was feeling, and when I didn’t respond to several texts, he called. When I also didn’t answer the phone he became really worried, and headed down to my house.

When he arrived he was able to spot me through the sliding glass door on my deck, and after several minutes of pounding on the door, trying to get me to get up and let him in, he phoned 911. Once the paramedics got into the house they couldn’t rouse me to even semi-consciousness for more than a moment at a time, and I made no sense when they did. (I should add that I don’t drink, and I don’t do drugs.) So they took me by ambulance to the hospital.

Even at the hospital they couldn’t figure out what was wrong with me, and it took several hours for them to stabilize me to a point where I could maintain consciousness for more than a quick second. During that second when I was conscious I could only utter a single word – at first that word was “scared”, because in each of those one-second bits of consciousness I was with it just enough to be afraid that I had had a stroke, or something even worse.

After several hours of this, I was able to, during my seconds of consciousness, realize that my partner and my son must be worried sick, as they had no idea if I was even alive – they weren’t even allowed in the hospital because of Covid. So instead of “scared”, that single word became “phone”; I was determined to somehow text my partner to let him know that I was alive (I knew that he would let my son know). Of course, even after being told, each time that I came to and uttered “phone”, that my phone was right next to me, I was incapable of grabbing it, let alone using it.

Sometime around nine or so hours post-admission I was moved from the ER to a hospital room, and I started coming to for a few more seconds at a time, and being able to utter a full question – disjointed, but at least made up of several words. However, the very first thing I remember is a nurse saying to me “I’ve already answered that question for you several times, I can only answer the same question so many times.” Curiously, I can’t recall the question I was asking (apparently over and over) now, but I sure remember her unkind answer.

It took them two full days, and consulting with a team of specialists from 3 different disciplines, to piece together what had happened: I had toxic metabolic encephalopathy, which was, they believe, brought on by a combination of a sustained high dose of a particular supplement that had been prescribed to me by a functional wellness MD for a rare non-fatal condition that I have, coupled with, unwittingly, my not getting enough protein, and also not getting enough carbs.

(PLEASE don’t leave comments about this or that diet, there are plenty of diets out there, many of which restrict carbs, focus on protein, high fat, etc.. I make no comment about any of them, this is just about what happened to me, having nothing to do with any particular diet.)

Here’s the thing: I’ve always been very careful about getting enough protein… I’d thought. But I’d never counted carbs, never worried about them at all one way or the other. It just never occurred to me.

(Here’s another thing: I am VERY lucky to be alive, and VERY lucky to have not sustained any lasting damage to my brain. Had my partner not found me when he did – even just another hour – the outcome could have been very, very different, including severe permanent brain damage (I was in a stroke-like state when they found me) or possibly even death.)

The day before I was discharged, after being told what they believed had caused this, I asked to meet with a nutritionist (why they didn’t suggest it, given their diagnosis, is beyond me). The nutritionist told me that, at least for a while, as an easy rule of thumb, I should aim to get as many grams of carbs as I did grams of protein. She said to aim for 60 of each, so 20 grams of each per meal.

Now, I’ve generally always been a one-full-meal-a-day person; I just don’t get hungry until dinner time. So I needed to figure out a way to get the rest of the protein and the carbs in so I was getting enough, and get it regularly throughout the day. That’s when I started looking seriously at gluten-free vegan protein bars. And that’s also when I found them lacking. Previous to now, and before the pandemic, I’d always kept some Vega bars in my ballet bag (I stopped doing ballet in March of 2020 owing to the pandemic), but that had always been just a quick way to take the edge off my hunger following a class. Now I had to seriously count protein and carbs.

First, of course, as you may already know, there just aren’t that many good protein bars out there that are both vegan and gluten-free. And the more I looked into it, the more I realized that the calorie:protein ratios in most of them weren’t thrilling me. Most of them had about 10grams of protein, and yet 250, 300, or even more calories. The protein:carb balance also wasn’t what I was hoping for, with the number of carbs usually far outweighing the grams of protein (although some are very low carb, but still not terribly high protein).

But then I found No Cow bars.

No Cow bars are not only committed to being plant-based (and fully vegan) and to being gluten-free, but all of the flavors have around 20grams of protein, and around the same number of carbs, and yet are only 190-200 calories! I don’t know how the heck they do it, but they do. And they taste good!

Once I got home from the hospital No Cow bars ended up being an important part of my rehab to make sure that I got enough protein and carbs, and even now, six months later, I always have them in the house.

And that is why we reached out to No Cow to see if we could partner with them; and why the Happy Gluten-Free Vegan is proud to partner with them. (And that was even before we learned they are just down the road from us, in Denver!)

A company that makes a great product that is both intentionally vegan, and intentionally gluten-free, is rare to find. I know that I personally am so glad to have found No Cow! PLUS, they offer a 30% discount to teachers(!), first responders, active military, and veterans! How cool is that??

You can check out and order directly from No Cow here.