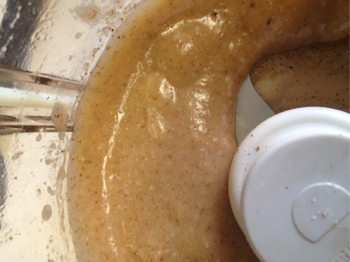 This raw vegan caramel is incredibly easy to make! It starts out like a thick sauce, but you can put it in the refrigerator and it will thicken up enough to be more like a frosting (which you can then spread on our Gluten-Free Raw, Vegan Fudge). Top that combination with organic coconut flakes, and you have vegan German Chocolate Fudge that is also raw and gluten-free!

Don’t let the simplicity and ease of this recipe fool you! It is so incredibly delicious and decadent that you will want to eat it right out of the container with a spoon. And, frankly, there is no reason not to.

(Inspired by The Delicious Revolution)

For this recipe you will need coconut oil, almond butter, maple syrup, vanilla, and salt. 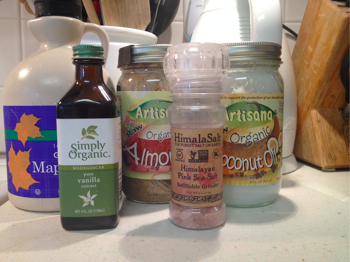 In a food processor or high speed blender blend:

Let it blend until completely blended, and then let it blend a little more.

Really, that’s all there is to it!

As soon as it’s ready, it will be at its most liquid, gooey stage.

After it cools down you can use it to frost things such as brownies or fudge, or to make our Raw Vegan German Chocolate Fudge! 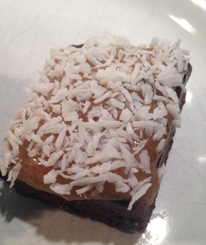