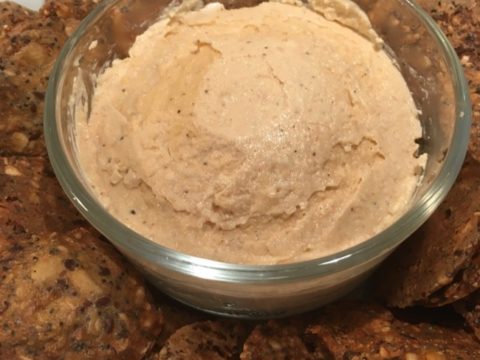 This copycat vegan Boursin recipe is as awesome for snacking on as it is for entertaining! And it’s so easy to whip up a batch! Vegan Boursin™️ recently became available at Costco, and it really took the vegan community by storm. But lots of locations still aren’t carrying the vegan Boursin, and so that’s when we stepped in to create this vegan Boursin copycat! This is truly a “vegan Costco recipe”, meaning that at least some of the primary ingredients can be purchased at Costco, as it uses both unroasted “raw” cashews (which we get from Costco), and the juice from sauerkraut (ditto).