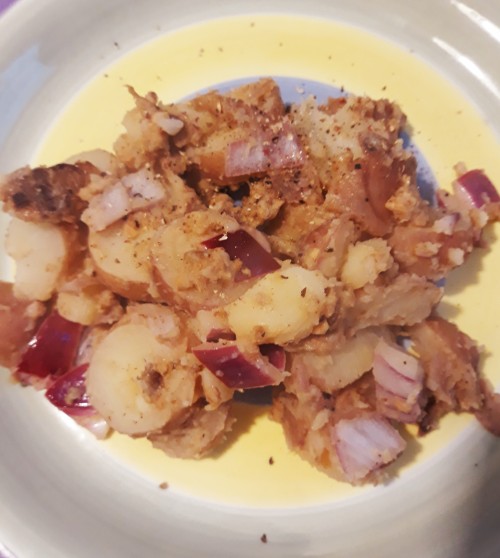 Fall is coming on strong! We don’t know about you, but we’re craving some carbs! It’s best to stick to the healthy kind, like organic potatoes. Recently, we found ourselves with a small sack of red potatoes — don’t ask how THAT happened — and wanted to do something fancier than just boiling them and slathering some Earth Balance over the top. So we modified a German potato salad recipe, substituting tempeh bacon for the animal variety, and were wowed by the results! We found smoky bacon tempeh at the supermarket, and found that it imparted the delicious flavor that is so essential to German potato salad.