These have been making the rounds in our Vegan Instant Pot Recipes & Tips group on Facebook. The group has over 20,000 members, and when this recipe was first posted, people went wild for it! The member who posted it had riffed a bit on another, similar recipe, and then we perfected it. But don’t take our word for it – this has become our go-to recipe for taking to barbecues and potlucks, because it turns out that *everybody* loves them, raves about them, and asks for the recipe. And the best part? They are incredibly easy to make!

By the way, if you want to join our Vegan Instant Pot Facebook group, you can do that here. Lisa’s original recipe post is here.

The original recipe called these “Cuban Black Beans with Sofrito”, which made it sound way more complicated than it is. So I just call these Magical Instant Pot Gluten-Free Vegan Cuban Black Beans. 🙂

Dump all of these into the Instant Pot and mix.

Dumping in the Chamomile 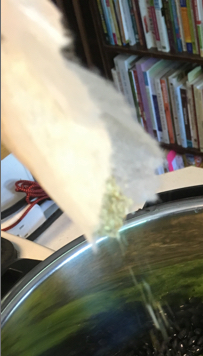 Next, throw all of the following ingredients in your blender and blend until completely smooth (it will smell amazing!)

1 large yellow onion, quartered or smaller depending on the strength of your blender
8 cloves garlic
1 green pepper, quartered and deseeded
1 full bunch cilantro, no need to chop, you’re going to throw the stems in too!
1 cup water 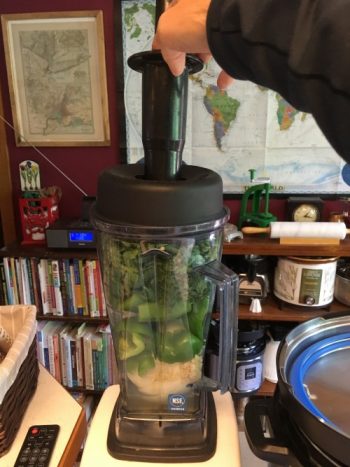 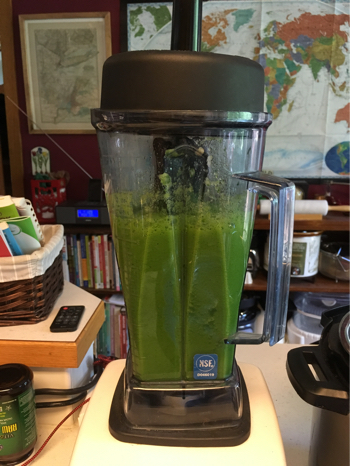 Pour the sofrito into the beans and stir.

Put lid on Instant Pot, lock and seal, and cook on high pressure for 45 minutes.

When all of the pressure is released, open and stir in one more tablespoon of salt.

You can eat them now, but they’re even better the next day!