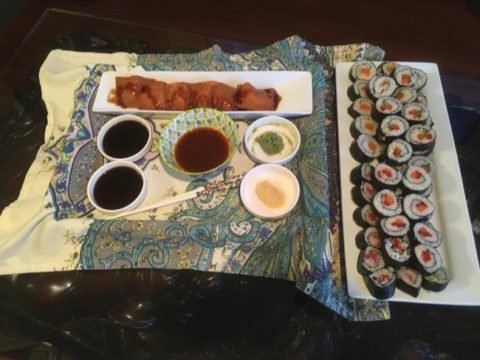 Homemade Vegan Sushi – It’s Easier Than You Think and Even More Delicious (and Pretty) than You Dared Hope!

If you have been putting off making vegan sushi (or maybe never even thought of making homemade vegan sushi rolls), stop it! It turns out that making vegan sushi rolls at home is really easy! Stymied for vegan sushi filling ideas? Guess what! You can use almost anything as a filling for vegan sushi! Is it authentic? Who cares! It’s delicious, and fun! We’ve used string beans, rehydrated dried mushrooms, and baby corn (because that’s what we had on hand), as well as ordering and using more traditional things such as ume. There’s even a vegan unagi (eel) sauce you can get to replicate vegan unagi (hey, it’s all about the sauce)! On a side note, who here remembers the ‘unagi’ episode of Friends? (Are we dating ourselves?) 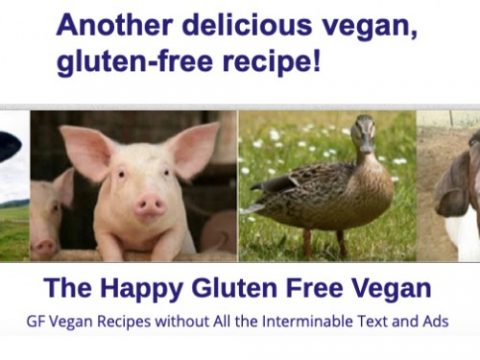 Almond lovers and growers are rejoicing with news from the U.S. Department of Agriculture that almonds have around 20 percent less calories than previously thought. It seems that food scientists have found that the way we have been measuring calories for over 100 years may not be very precise in cases where the food is both high in both fiber and fat, such as nuts. What scientists found is that, those who consume nuts excrete a higher amount of fat in their waste, which means that our bodies are not actually absorbing all of the fat and calories that are in the nuts.