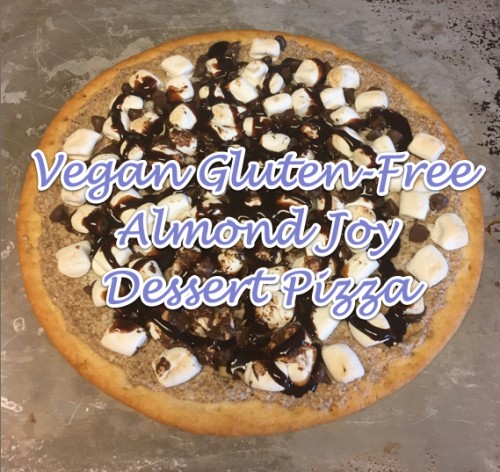 If you are hankering for something sweet, vegan, and gluten-free, you really can’t go wrong with this vegan (and yes, gluten-free) dessert pizza. It tastes so much like the Almond Joy bars of our youth, only so much better, and better for you!

It’s easy as pie (no pun intended) and takes just 5 minutes to assemble, and 15 minutes to bake!

We created this almond joy dessert pizza, but really you can top it with almost anything that you can imagine! Here’s what we did:

Preheat your oven to whatever temperature the instructions for your gluten-free crust indicate; if none then preheat to 325-350°.

Spread almond butter on the crust, as thick or as thin as you like. 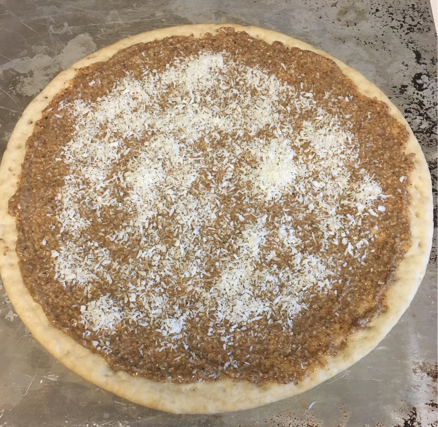 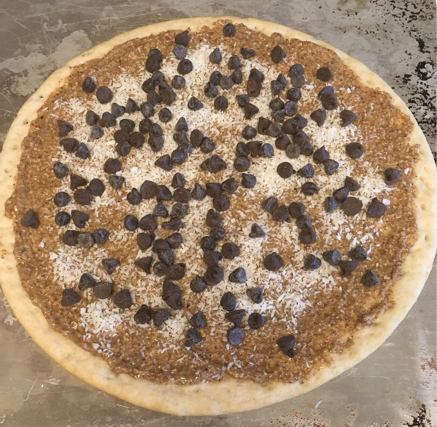 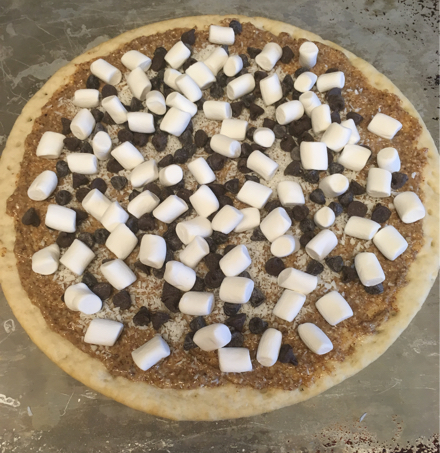 Now put the pizza in the oven and watch it closely – you want the crust to be done and the marshmallows to be either melty or lightly browned (depending on which marshmallows you use). Our marshmallows seemed firm and lightly browned on top, but were melty on the bottom when we pushed down on them, which was perfect for us!

When done, remove the pizza from the oven, and drizzle chocolate sauce all over it. 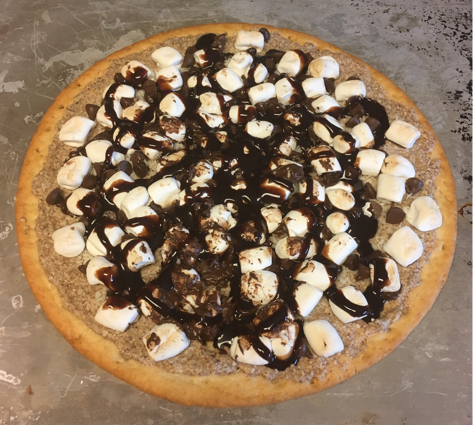 That’s it! You’re done! Cut that pizza up and enjoy it warm or at room temperature! 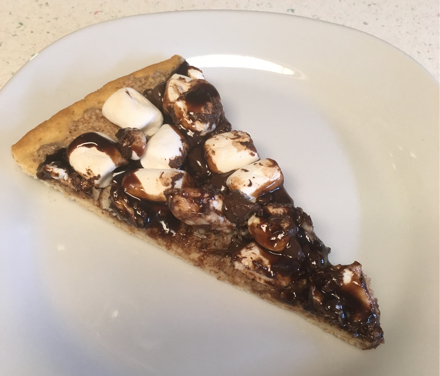