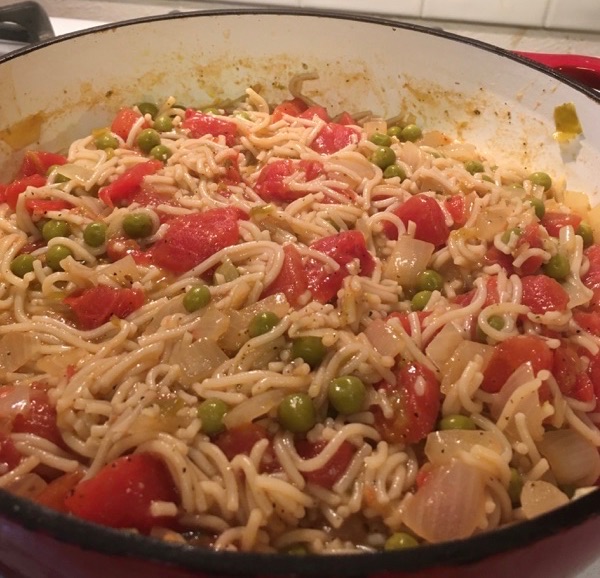 What could be better than Sopa Seca de Fideo? Why, easy, delicious, gluten-free and vegan Sopa Seca de Fideo, of course! In case you’re wondering just what the heck this dish is, it’s called many things in English, including “Mexican Spaghetti”, “Mexican Angel Hair”, “Mexican Pasta” and, quaintly, “Mexican Dry Noodle Soup”. These are all actually misnomers, if you want to get technical, because Sopa Seca de Fideo, if made authentically, is made with fideo noodles. Basically it’s thin vermicelli-type noodles cooked in a savory broth, and served as a side dish, although you can also use it as a main dish topped with tofu or vegan chicken (traditional Sopa Seca is made with chicken). In our version we use the ramen noodles from Costco, which work wonderfully! We also include other shelf-stable substitutions.

Fideo noodles are essentially vermicelli, and in fact you will find it translated as such on many packages of fideo noodles. And traditionally this dish is made with fideo or vermicelli noodles and chicken broth, but we are preparing this dish with a vegan and gluten-free flair and, trust us, you are not sacrificing taste by any means. Be prepared to delight your tastebuds with garlic, onions, chiles and tomatoes. 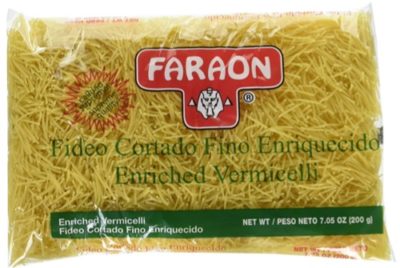 Speaking of gluten-free, as it turns out the ramen that you can get from Costco is perfect for this recipe!

Here comes the fun part: place the pasta in a plastic bag in one layer. Get a rolling pin, a mallet, anything heavy, and smash the heck out of those noodles so that they are in small pieces. 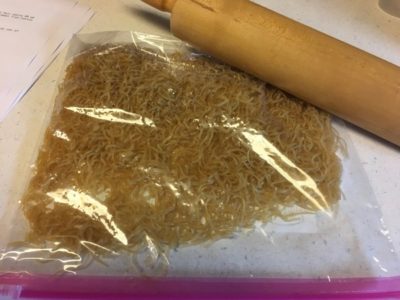 In a 10-inch frying pan, or cast iron skillet or dutch oven, heat the butter and oil over medium-high heat. Once melted, add the onion, garlic, and chiles. Cook, stirring often, until they are soft, but be careful not to burn. This will be approximately 5 minutes. Now add the noodles and cook for another 2-3 minutes, stirring constantly. Add the oregano, tomatoes, broth and peas and bring the whole mixture to a boil. Once boiling, reduce the heat to a simmer and cover. Simmer for about 15 minutes, or until the liquid is absorbed. Salt and pepper to taste.

This is dish is delicious served with simple black beans, salsa, and warm tortillas. Maybe even a little avocado on the side! 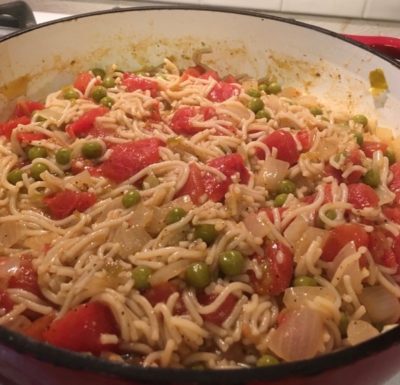 See more recipes in Main Dishes, Side Dishes, Soups & Stews, Vegan Costco
Like this recipe? Please let us know by supporting us with a contribution (we use Paypal). We are always free, always reader-supported.