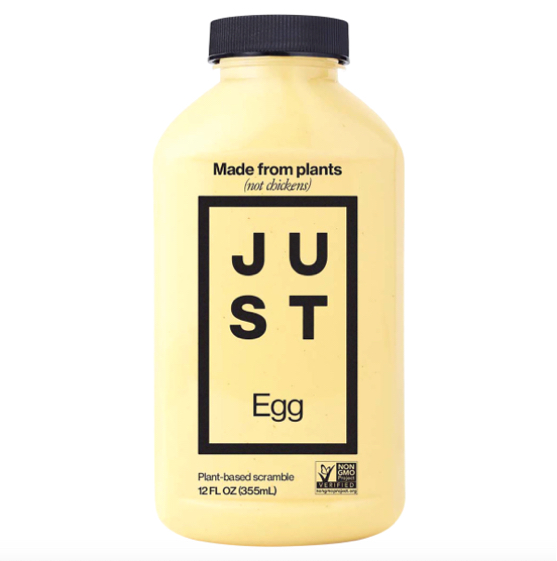 To cut right to the chase, if you are wondering if you can microwave Just Egg, or how to cook Just Egg in the microwave, well, yes you can, and we’re going to tell you how!

First, let’s get a couple of things out of the way. We agree that “Just Egg” is a terrible name for a product that isn’t just egg, and which in fact contains no egg at all. Which is the point. Just Egg is a vegan alternative to eggs, and we have to wonder how many vegans don’t give it a second glance because they think it’s, well, just eggs in a bottle. In fact, even here on this website dedicated to only vegan food (well, gluten-free and vegan, but definitely not non-vegan) readers have expressed confusion, pointing out in a comment to at least one recipe calling for Just Egg that “eggs aren’t vegan.” Really, we can’t blame them for their confusion. A terrible name in terms of saying what’s in the bottle.

But not a terrible product! In fact, Just Egg is the only vegan egg replacer out there that you can use in cooking (not in baking) just like real eggs. In fact, that’s probably what they should have called it, Just Like Real Eggs. Because, just like with real eggs, you can scramble it, make omelettes with it, make stir fry with it, and make our vegan Instant Pot egg bites and our vegan meatball-stuffed Instant Pot egg bites with it.

Second, we are not talking about the product called Just Egg Folded. Just Egg Folded is Just’s frozen, folded egg patties (for lack of a better term) that you pop in the toaster to cook. We use them for quick sandwiches, for which they are superb. Anyways, the point is that you can cook these in your toaster, so no microwaving necessary.

Now on to our main event.

There are at least a few reasons that you would want to microwave Just Egg, rather than do it up in a skillet, or a ramekin in the oven, or as egg bites in the Instant Pot (see link to our egg bites recipe above). One reason you might want to microwave your Just Egg is to make a “mug meal”.

A mug meal is pretty much just what it sounds like: it’s a meal, self-contained in a mug, and they are cooked in the microwave. There are also recipes for mug cakes, mug bread, and mug pancakes, which of course should actually be called mugcakes.

Just actually has a page of mug meal recipes using Just Egg. Here’s their recipe for a burrito mug meal (our instructions for microwaving Just Egg continue below the recipe):

Pour Just Egg into a mug and microwave for 30-45 seconds. Stir in cheese and beans with a fork. Return to the microwave for 1 minute, or until all liquid is cooked through. Fluff with a fork. Top with chunky salsa and avocado. Scoop and eat with tortilla chips.

However, you can also microwave Just Egg for use in other, non-mug based recipes. For example, you may want to cook up some Just Egg to use in an actual breakfast burrito. Or to use on an egg sandwich. Or for making vegan tamago (the sushi with the chunks of egg omelet on top). So here’s how to do it.

How to Microwave Just Egg

Grease a small, microwave safe bowl (or, yes, a mug). Pour in as much Just Egg as you need to make, however the amount of Just Egg should not fill the bowl more than half-way (if it does, get a bigger bowl). If you’d like you can season the Just Egg with salt and pepper before cooking it.

Microwave on high for 30 seconds, and stir. Microwave for another 30 seconds and stir. Now continue to microwave in increments of just 15 seconds, stirring after each 15 seconds of microwaving, until your Just Egg is Just Done (see what we did there?)

Now you can use it for whatever you want!

How do you use Just Egg? Just let us know! 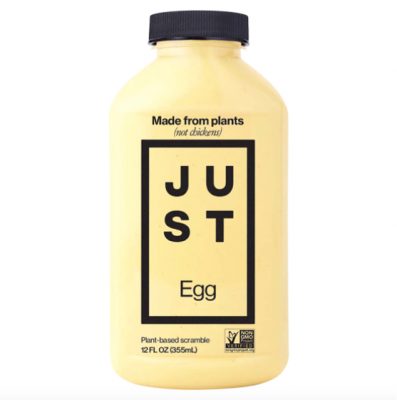