We love our vegan and gluten-free cheese, especially when it’s non-GMO. Parmela’s Creamery, which started out with their signature product, parmesan-style cheese, will not disappoint. Their vegan cheeses are fermented like regular dairy cheese, offering a whole new vegan cheese experience.

Parmela’s nut-based cheeses are fermented and aged to offer a rich, tangy flavor, just like dairy cheese. The almond and cashew-based cheeses include soy, which is in a more digestiable form due to breaking down during the fermentation process.

There’s more exciting news: Parmela’s will be expanding their line even further, to include sauces. The sauce flavors are Tomato Vodka, Alfredo and Artichoke. All are vegan, gluten-free and nut-based, and perfect on gluten free pasta, gluten free lasagna, or over veggies.

You can order all existing Parmela products, and get on a waiting list to be notified when the sauces are available, at Vegan Essentials. 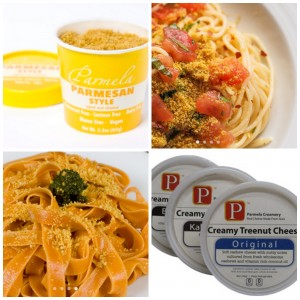 Parmesan cheese lends a delicious touch to pasta dishes, but when you think about it, it’s the texture and extra bit of saltiness that makes it so delicious. Luckily, it’s ridiculously easy to recreate the delicious texture and taste while on a gluten-free and vegan diet, thanks to what many call “Poor Man’s Parmesan,” or, Pangritata.

Pangritata is a breadcrumbs, browned with a little salt and other herbs as desired. Here is a basic Pangritata recipe from which you can build to suit your taste.

1 cup of gluten-free and vegan breadcrumbs, like Manna Organics breadcrumbs.
1 tablespoon of salt, or more to taste
1/2 tablespoon dried garlic
A few tablespoons of Olive Oil 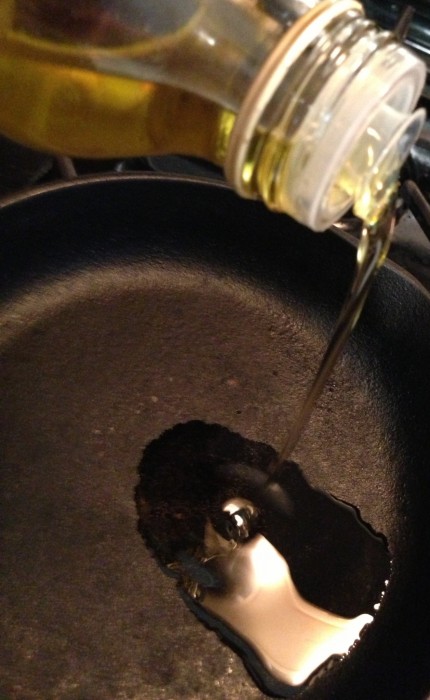 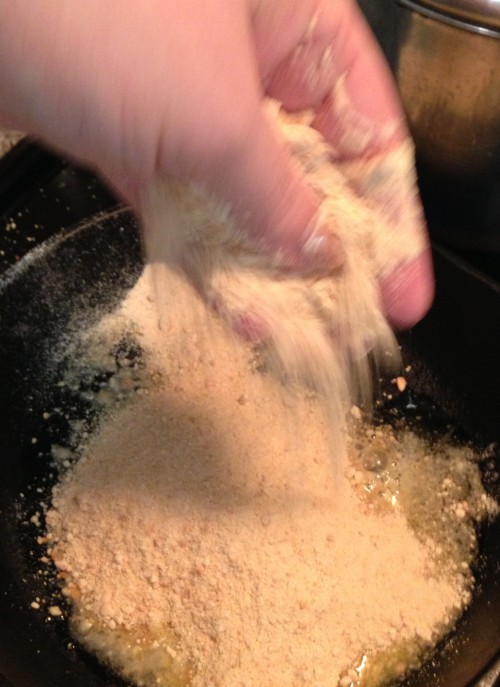 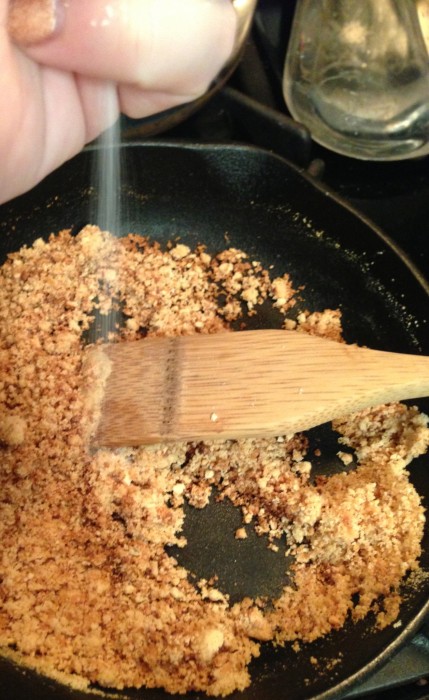 Now stir around until it’s nice and golden brown. Turn off the heat and let it cool. You can enjoy it right away, or store it in an airtight container.

The best thing about Poor Man’s Parmesan is that it can be used to add texture and flavor to so many different dishes like pasta, salad, soup, and sandwiches. We even like sprinkling it on tomatoes from our garden and eating them just like that as a snack. 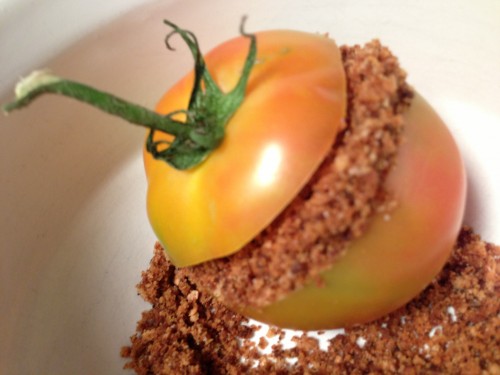 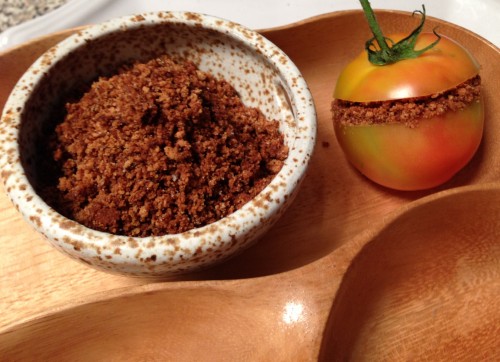