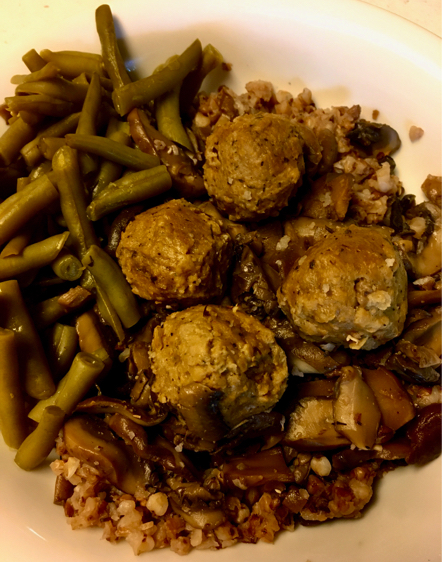 As we’ve mentioned more than a few times recently, even though sous vide (pronounced “sue vee”) cooking is known primarily in the culinary world for how it can render meat and poultry ‘fall apart’ tender, cooking vegan food sous vide makes a lot of sense too!

People also tend to think that getting a sous vide setup is expensive, but it turns out to be not expensive at all (we mean, it can be expensive, if you want it to be, but you can get a simple clip-on sous vide device for about $80, which you can use with any large pot).

Now, it is true that sous vide cooking works best if you have a vacuum sealer, such as a FoodSaver (sous vide is, basically, French for “under vacuum”), but people also use Ziploc bags from which they have sucked out as much air as possible using a straw. We don’t recommend this because Ziploc bags aren’t made for sitting in super-hot water for hours on end, and who knows what is going to leach into your food, while vacuum sealer bags are made to be, among other things, boil-in pouches (plus they have the advantage of that whole vacuum thing).

This is also a vegan Costco recipe. What we mean by that is that at least some of the primary ingredients can be found at Costco (although of course you can buy them elsewhere if you prefer, you’ll just pay more).

Note that it’s important to use frozen meatballs in this recipe (which is oh-so-convenient!) We get the Beyond meatballs from Costco, and we always have some in the freezer.

6 – 8 vegan meatballs, frozen (we use the Beyond meatballs from Costco)
8 ounces canned mushrooms (we use two of the 4oz cans of mushrooms from Costco, which you can also get on Amazon)
1/2 to 1 teaspoon thyme
Salt and pepper to taste

Set your sous vide device to 150°, and when it comes to temperature drop the sealed bag in and cook for 1 hour.

Remove from the water, open the bag (carefully!) and serve over whatever you’d like (rice, quinoa, mashed potatoes, pasta, buckwheat, etc.).